On the weekend of October 20-22 Anime Banzai in Layton Utah hosted special guest EmpathP & her VOCAMERICA concert. Although EmpathP has brought her western Vocaloid-focused concert series all over the eastern U.S. as well as Switzerland, this was the concert’s first venture into the western part of the country. Festivities kicked off early Friday evening with a pair of special panel sessions: The World of Vocaloid & VOCAMERICA Q&A. The first session was an introduction to Vocaloid including a brief history of the software, how it evolved through the years & how the character aspect developed, becoming an integral part of each voice bank. VOCAMERICA Q&A was more of an open forum that allowed the audience to delve deeper into the roots of VOCAMERICA & provide input as to what future directions the concert project might take.

VOCAMERICA on the main stage

Although there was no formal VOCALOID cosplay gathering at Anime Banzai, there were plenty of GUMIs, Rins, Lens, & even a Mayu cosplayer was spotted. EmpathP’s Vocaloid panels served as a magnet for Vocaloid enthusiasts throughout the weekend, & they continued early Saturday evening with two more sessions. The first was an English Vocaloid lecture full of all sorts of inside info you probably won’t find online anywhere. For example, the voice samples for Big Al’s first voice bank had to be re-recorded due to “quality issues”. EmpathP explained just what those “quality problems” were & what options were available to PowerFX in order to resolve them. After a short break EmpathP finished the evening with a most intriguing analysis of the Vocaloid opera “The End” starring Hatsune Miku.

VOCAMERICA’s 9th concert was held Sunday morning at 9 AM. As with past concerts, DEX & DAINA opened with CircusP’s “Fade”. Other crowd favorites from past concerts included nostraightanswer’s “Define Me” starring Maika & her incredibly long, bouncy locks, CrusherP’s “Biohazard” sung by Kikyuune Aiko (with new animation!) & “Wildfire” sung by an “inflammable” DAINA, & EmpathP’s “Two Weeks” featuring a heart-grabbing performance by DEX. Some new songs featured in this concert included CircusP’s “Different Seas”, EmpathP’s “Fairytale Blue”, CreepP’s “Mommy”, & “Barrier” by MJQ & Eri. Kikyuune Aiko also surprised the audience with “Hibikase” by GigaP & Reol (even Kikyuune Aiko’s creator MystSaphyr had no idea that Aiko was going to perform this one!).

After the concert merchandise was available for sale.

The VOCAMERICA train rolls on! Heading back to the east coast, its next stops are in Columbia SC (Banzaicon Nov. 3-5th), Deerfield Beach FL (Anime Iwai Nov. 10-12th) & Pigeon Forge TN (Yama-Con Dec. 1-3rd). There are also plans for a 2nd European show in Spain.

Keep an eye on VOCAMERICA.com as more shows will be added as they are booked. 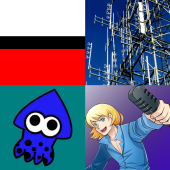