On an exchange of e-mails with Bil Bryant, the CEO of PowerFx confirmed the productions of two vocaloids: One made in collaboration with VocaTone and another made by PowerFx only.

The upcoming bilingual vocaloid will cover both English and Japanese language and is going to be voiced by YOHIO. As himself confirmed this information today via twitter.

As for the vocaloid PowerFX is working on will be voiced by an American voice provider, other details around this vocaloid is still unknown. 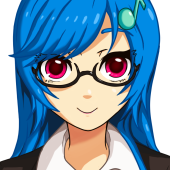 I’m a regular Vocaloid user who loves music, draming, and wants to help this community grow. I manage VocaloidBrasil.com, a portuguese language website about Vocaloid. I own Miriam, VY1, Luka, Miki, Kiyoteru, Kaai Yuki and Iroha.